A mob of Muslims have vandalized three church buildings and damaged and looted Christian-owned shops in Nigeria’s Sokoto state after police arrested two Muslims for beating to death 25-year-old Christian student Deborah Emmanuel Yakubu and burning her body over false allegations of blasphemy.

Demanding the release of the two Muslims, the rioters started bonfires and damaged the Holy Family Catholic Cathedral, St. Kevin’s Catholic Church and an Evangelical Church Winning All building in Sokoto. They also damaged and looted dozens of shops belonging to Christians in Sokoto city, Morning Star News reported.

The two suspects were arrested for the murder of Deborah Emmanuel, a member of the Evangelical Church Winning All who was also a student at the Shehu Shagari College of Education. A video of her killing went viral on social media (a portion of the attack can be seen here).

“Hundreds of Muslims here in Sokoto this morning converged at various points in the city to protest the arrest of two Muslims who were involved in the killing of Deborah,” area resident Angela Anthony was quoted as saying. “In spite of efforts by the police and other security agencies to prevent them from becoming violent in their protest, these Muslims still succeeded in attacking and destroying.”

The Rev. Christopher Omotosho, the spokesman for Sokoto Diocese, said the protestors also shattered the windows of the diocese’s Bishop Lawton Secretariat and vandalized a bus parked on the premises. They also attacked the diocese’s Bakhita Centre on Aliyu Jodi Road and set a bus on fire, he was quoted as saying.

Deborah, who lived with her parents in Sokoto, was beaten, stoned to death and her body set on fire after she was falsely accused of blaspheming the Islamic prophet Muhammad because she had refused to date a Muslim, sources were quoted as saying.

After Deborah’s body was buried in her hometown in Niger State Saturday, her parents told local media they had left everything to God.

“We can’t say or do anything, except to take it easy as an act of God. We have left all to God, we have decided to take it like that,” Emmanuel Garba and Alheri Emmanuel were quoted as saying.

The video posted on social media shows her lying still on the ground as she tried to protect her head with her left arm as male and female students gathered around, beating her with sticks, throwing large stones, and shouting, “Allahu Akbar,” or “Allah is greater.” She pleaded with her classmates not to kill her.

School authorities reportedly attempted to save her life, but failed.

The ECWA has called on Nigerian President Mohammadu Buhari to ensure justice will be served.

“Deborah may be just one young girl whose precious life and ambition has been cruelly cut short, but the entire world is watching, waiting and crying out for justice here on Earth, otherwise, in Heaven,” the Rev. Stephen Baba Panya, president of the ECWA, said.

“In this midnight hour of our nation, at this very trying and agonizing moment, our hearts go out to the parents, siblings and entire family of Miss Deborah and all that are grieving her death; we encourage you to take solace in the fact that no matter how it may look, Deborah’s martyrdom shall never be in vain. Light will ever prevail over the forces of darkness.”

In 2021, the U.S.-based persecution watchdog International Christian Concern designated Nigeria as one of the world’s top “Persecutors of the Year” for its savage treatment of Christians.

“Nigeria is one of the deadliest places on Earth for Christians, as 50,000 to 70,000 have been killed since 2000,” the ICC Persecutor of the Year report stated.

In a report released last year, the Anambra-based International Society for Civil Liberties and Rule of Law (Intersociety) estimated that about 10 million people had been uprooted in northern Nigeria, where extremist violence was most severe, from July 2009 to July 2021.

The report added that about 2,000 Christian schools were attacked during that time.

Intersociety said the mass violence had resulted from the “propagation of radical Islamism.” 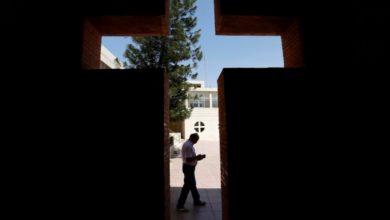