“American Christianity has fallen. Thanks to cultural corrosion and a lack of biblical literacy, a new ‘fake Christianity’ is now being preached within the American church.”

The Western Journal reported that the “American Church Has Fallen: Shocking Poll Shows ‘Fake Christianity’ Has Supplanted the Biblical Worldview.”

Writing for the Journal, Rachel Bratton said this: “American Christianity has fallen. Thanks to cultural corrosion and a lack of biblical literacy, a new ‘fake Christianity’ is now being preached within the American church.”

“This counterfeit religion is Moralistic Therapeutic Deism,” stated Ms. Bratton, “a worldview that has quickly gained prominence and given many Americans a theology that looks nothing like historical Christianity, despite what they may claim.” She then goes on to cite the recent work of George Barna, whose February survey showed that Moralistic Therapeutic Deism (MTD), or — watered-down, feel-good, fake Christianity — is the most popular worldview in the United States today.

And what is MTD exactly? Mr. Barna answers: “The moralistic perspective is we’re here to be good people and to try to do good…The therapeutic aspect is everything is supposed to be geared to making me feel good about myself, ultimately to make me happy. Deism is the idea that God created the world but has no direct involvement in it. Basically, according to MTD, there is a distant God who just wants everyone to be nice, and the purpose of life is to be happy. American ‘Christians’ who have adopted this philosophy have… elevate[d] personal definitions of right and wrong above any objective standard of Truth — like the Bible.”

And there you have it. America’s religion is no longer that of the Apostles: “the faith that was once and for all entrusted to the saints” (Jude v. 3). Nor is our nation’s guiding ethos that of our founding fathers who proclaimed, “it cannot be emphasized too strongly or too often that this great nation was founded, not by religionists, but by Christians; not on religions but on the gospel of Jesus Christ!” (Patrick Henry).

The faith that motivates Americans today is not the “singular” faith proclaimed by John Wesley (“You must be singular or be damned!”) or the confident faith of Saint Paul (“that Christ died for our sins, that he was buried, and that he was raised on the third day, according to the Scriptures”), nor is it the creedal conviction of the early Church (“I believe in God the Father Almighty, Creator of heaven and earth and in Jesus Christ, His only Son, our Lord). No. The contemporary church’s faith isn’t even anchored in the bold exclusivity of Jesus himself, who said, “I am The Way, The Truth and The Life and no one comes to the Father but through me!” America’s new religion isn’t anything this stable, this historical, this enduring, this deep, or this true.  It is rather a syncretistic amalgamation of Bobby McFerrin and Black Lives Matter, sad solipsism of “don’t worry, be happy!” as we celebrate the “queering” of all that ails us.

Ms. Bratton concludes: “Moralistic Therapeutic Deism distorts the God of the Bible in an attempt to make him bless all the dissipations and vanities of the modern world.” Mr. Barna adds: “MTD is one of those models that says you gotta live in the moment. This is all you’ve got, and you’ve gotta make the most of it.”

“It makes sense,” says Ms. Bratton, “that ‘Christians’ who embrace MTD are hesitant to [salt] the culture. How can anyone pass judgment if everyone’s just trying to be happy? The only sin is getting in the way of someone’s personal ‘truth.’

“That’s why so many are siding with [neo-Marxist atheistic] groups like Black Lives Matter and the LBGT movement. They’ll listen to the loudest voice on either side. Enter the screaming woke mob; [those who] promote sin under the guise of ‘loving everyone.’”

To paraphrase — Please stop calling yourself a Christian if you don’t believe in Christianity!

“Followers of Christ have forgotten that Jesus didn’t come to tell people to be nice. His message has always been a stumbling block, and [this is] especially hard for 21st-century Americans to accept,” says Ms. Bratton.

The message of Jesus is one of confession, not counseling and comfort, and today’s “Christians” would do well to remember that He‘s the one who said those ignoring this would be “cast out and trampled underfoot.”

• Everett Piper (dreverettpiper.com, @dreverettpiper), a columnist for The Washington Times, is a former university president and radio host. He is the author of “Not a Daycare: The Devastating Consequences of Abandoning Truth” (Regnery) and, most recently, “Grow Up: Life Isn’t Safe, But It’s Good.” 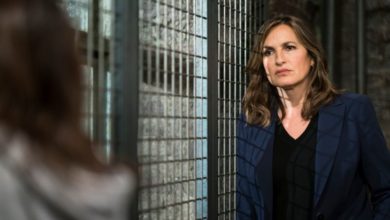 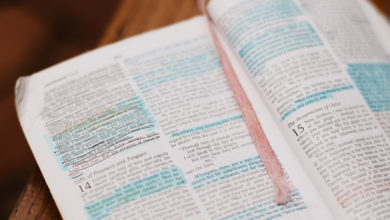 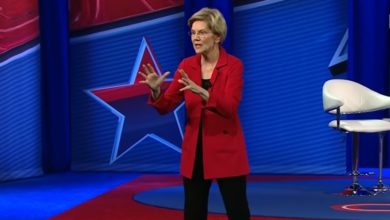