Leaked audio of church volunteers confronting Tennessee megachurch pastor Tavner Smith purportedly reveals the pastor denying having sexual relations with a church employee but admitting that he wants to pursue her after their divorces are finalized.

The Chattanooga Times Free Press obtained audio from a widely-reported Dec. 17 meeting between Smith and over 100 church volunteers at the fast-growing Venue Church after at several employees resigned from the church over an alleged yearslong affair.

In January, Smith began a sabbatical after a video circulated online showing him kissing the church staffer who is not his wife, which drew national media attention. Smith and his wife, Danielle, who have three kids, began divorce proceedings last May.

While speaking with the volunteers, Smith repeatedly said there was information he would not share and that members would feel differently if they knew the “whole story.”

Smith said he are “great friends” with the employee but not “sexually involved.” He admitted the two had kissed, but only after they stopped living with their spouses.

“I was 14 months outside of living with Danielle and separated,” Smith can be heard saying. “At her point, she was eight months living outside and separated.”

“When she’s not married and I’m not married, yeah, we hope to pursue each other,” he said, according to the audio recording.

“As long as she is still married, we are not going to have any type of romantic relations,” he said.

The pastor admitted that he had been through a lot in the last two years.

“I just would like a little bit of a break,” he is heard saying. “I’m not going anywhere. I’m your pastor, I am going to pastor this church. God called me here and nothing has changed about that. The vision has not changed. The promise still stands. What God spoke over this place is still going to happen.”

“I would just like a few weeks to breathe a little bit,” Smith said, assuring that he would still preach on Christmas and the first Sunday of January.

“After that, I am going to take a few weeks off. I don’t know how long it is going to be because … I didn’t want to just make that number up. I am going to be consulting licensed mental health therapists, physicians, psychiatrists to … [ask] how much time do I really need to get to a place where I can come back and be new in ’22.”

The pastor also acknowledges having made some payments for counseling, vehicles and vacations for people connected to the church but didn’t notify church staff.

During the meeting, volunteers can be heard saying the church misled them as rumors of the alleged affair circulated for years, the newspaper reports, adding that the pastor apologized for not having been fully transparent with people in the past two years.

“I wanted you to know that from the bottom of my heart, I am sorry that I let you down,” he told the crowd. “I’m sorry. You put your faith and your trust in me as a spiritual voice and a man of God and my humanity came out. And I apologize. I don’t have any excuses. I just want to say I’m sorry.”

He vowed in the future to be “100 percent transparent.”

When asked who is going to hold him accountable, Smith responded that “the board of directors is.”

“They know everything that is going on. They have been walking me through what I have been going through. Ron Phillips Sr., the pastor who started Abba’s House, he has been a mentor in my life. He’s been one that I’ve met with over the past several years a lot of times, and he really believes in me,” he said.

“To be fully transparent with you all, I had three big-name pastors that were on my board but then all of this, they stepped away because they didn’t want to nor did I want to have their names tied to drama as we went through all of this because I knew what it was going to be. I had a transitional season where I didn’t have a board for a few months. To be honest with you, there are some people reaching out to other pastors who are friends of mine who I would have asked, and none of them wanted to be on the board. So I really dove into Pastor Ron.”

At least eight church employees quit in December over the alleged affair, and video surfaced online of Smith and the church employee kissing in Georgia.

The Daily Beast recently reported that Smith had also been caught last November half-naked with the same employee at his home by volunteers who had planned to cheer him up with a surprise visit.

They allegedly found the employee dressed in a towel while Smith was in his boxers. The pastor claimed that they “had been making chili and hot dogs and gotten food on their clothes,” the publication recounted from an interview with an unidentified volunteer.

“I don’t think none of us was that dumb,” the volunteer told The Daily Beast at the time. “If she dropped chili on her clothes, why are you in your boxers? Was you all like, throwing chili at each other?”

Former Venue Church employee Colt Chandler Helton wrote in a Facebook post in December that he worked at the church for nearly a year beginning in 2014. He claims he has worked at over 12 churches throughout his career, including some influential megachurches, and was hired by Venue Church in its younger years to “set up its systems and structures and model anything an adult would experience on a Sunday morning.”

“In hind sight I taught the ‘Iranians how to make nuclear weapons,’” Helton wrote. “I gave a man who had very very bad intentions the ability to make a mega church.”

He shared a lengthy list of reasons why he left Venue Church, including what he claimed to be financial abuse and witnessing domestic abuse in an atmosphere where there are “zero elders or accountability.”

In 2008, Smith was hired as executive student pastor at Redemption World Outreach in Greenville, South Carolina, a church led by Ron and Hope Carpenter. Smith’s website lists Carpenter as his mentor. In 2012, the Smiths moved to Chattanooga, where they launched Venue Church. Before the recent turmoil, Venue Church had become one of the fastest-growing congregations in America.

Bridging the divide between the church and Christian hip-hop

What’s behind Christian persecution in Nicaragua? 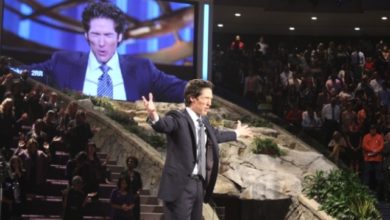 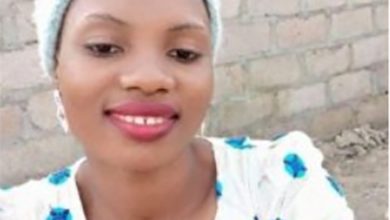 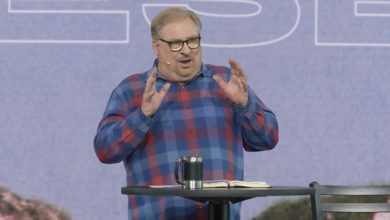 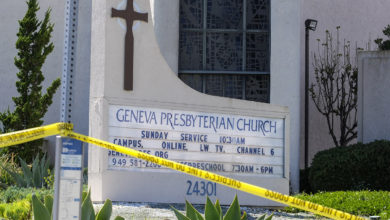