Pakistan’s Parliament has amended one of its blasphemy laws to increase the punishment for insulting the Prophet Muhammad’s companions and other sacred personalities. It sparked alarm among Christian leaders, who demanded quite the opposite—its repeal.

This week, the Muslim-majority country’s National Assembly passed the Criminal Laws (Amendment) Bill, increasing the punishment for insulting the prophet’s companions, wives, and family members to 10 years in prison, along with a fine of 1 million rupees (approximately USD 4,424). As previously written, the law only punished violators with up to three years in prison.

Pakistan’s Dawn newspaper said they passed the bill despite the absence of ministers, including Prime Minister Shehbaz Sharif, from the proceedings.

“Pakistan must do more to protect its most vulnerable minority communities by upholding its international obligations and guarantees enshrined within the country’s constitution, and the international community must hold the government to account for where it fails or refuses to do so,” CSW founder Mervyn Thomas said in a statement.

Criticizing the amendment, Peter Jacobs, executive director of the Lahore-based Centre for Social Justice, told UCA News the politicians who pushed for it had ignored that mob violence has been associated with the law, embedded in Sections 295 and 298 of the Pakistan Penal Code. In addition, the penal code already stipulates the death penalty for certain blasphemy convictions.

“The amendment will encourage religion-based hatred and violence,” human rights lawyer Nadeem Anthony told the news portal. “We reject religion-based discrimination.” “The lawmakers should instead focus on addressing economic and political issues facing the country.”

The most stringent aspect of Pakistan’s blasphemy laws is Section 295-C of Pakistan’s Penal Code. Under the law, the use of derogatory remarks about Muhammad, whether spoken or written, “shall be punished with death or imprisonment for life and shall also be liable to a fine.”

Section 298 bans the defiling of the “sacred name of any wife (Ummul Mumineen), or members of the family (Ahle-bait), of the Holy Prophet (peace be upon him), or any of the righteous Caliphs (Khulafa-e-Rashideen) or companions (Sahaaba) of the Holy Prophet.”

Pakistan’s blasphemy laws have long been used by radicals to target religious minorities, including Christians, Shias, Ahmadiyyas, and Hindus. As a result, mobs have killed dozens after being accused of the crime, and dozens have been sentenced to death.

The ban against blasphemy, which carries no provision to punish a false accuser or a false witness, was expanded in the 1980s under military dictator General Zia-ul-Haq. According to The New York Times, the British government enacted the original laws in the late 19th-century colonial era to keep people of different faiths from fighting each other.

In recent years, there have been several high-profile cases that have brought international attention to the issue.

In 2011, the governor of Pakistan’s Punjab province, Salman Taseer, was assassinated by his bodyguard for speaking out against the blasphemy laws.

In the same year, Asia Bibi, a Christian mother of five, was sentenced to death for alleged blasphemy, sparking international outrage and leading to her acquittal in 2018 after spending eight years on death row.

Her acquittal drew the ire of radical extremist groups, as many protested in the streets and threatened to kill the Supreme Court justices responsible for setting her free.

In 2014, Christian couple Shehzad and Shamah Masih were burned to death in a brick kiln over false accusations that they had ripped pages out of the Quran.

In 2020, the Human Rights Commission of Pakistan reported that at least 69 people had been killed extrajudicially in mob violence related to blasphemy allegations since 1990.

Last June, a court in the Punjab province upheld the death sentences of Christian brothers Qaisar and Amoon Ayub, who were charged with posting blasphemous content on a blog. They maintain that they never created the blog.

Last July, Ashfaq Masih was sentenced to death by hanging for blasphemy after being accused by a client who refused to pay him for a job.

God is putting The Bible in the pockets of Christian believers worldwide free of charge.

35 Black churches to get $4M in preservation grants 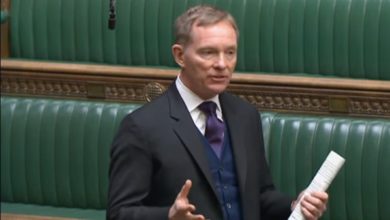