The leadership team of Rock Church International cited Romans 3:23 Wednesday as they urged congregants to extend forgiveness to the Rev. John Blanchard in an announcement that he has “voluntarily stepped back as lead pastor and from all his ministerial duties” for the second time in just over a year following his arrest for solicitation of prostitution last fall.

“Under the guidance of our legal counsel, we cannot make a statement or comment concerning the accusations against Rev. John Blanchard at this time. We are all committed to walking in integrity and truth at Rock Church International and will continue to take steps to do so. Pastor Blanchard has voluntarily stepped back as lead pastor and from all his ministerial duties until this present situation is resolved,” the Apostolic church, which has a weekly attendance of more than 2,000, wrote in a statement published on its website.

“As followers of Christ, we must remember that redemption, salvation, grace, mercy, and healing are all gifts given to the children of God. Although everyone must address their convictions and consequences, our assignment as believers is not to condemn, but to be agents of God’s love, healing, justice, and reconciliation,” they added. “(Romans 3:23 — ‘for all have sinned and fallen short of the glory of God). If we are to walk in eternity with Christ, our position must be truth, love, faith, mercy, justice, and forgiveness.”

Blanchard, 52, was among 17 men accused of solicitation of prostitution after an online sting operation by police on Oct. 29, 2021. The married father of two was charged with solicitation of prostitution of a minor and use of a vehicle to promote prostitution, both felonies. He was arrested at a hotel where he was supposed to meet a detective posing as a 17-year-old girl. He insisted that he wasn’t sure what would have happened had his plan materialized, and he had intended to talk.

Details of Blanchard’s arrest shared in documents online by attorney Tim Anderson show that he was texting with the detective posing as the 17-year-old girl before his arrest.

Police say Blanchard initiated the chat by responding to an advertisement presented as a 19-year-old girl on a website that “obtained pornographic images.”

“He asked if she was available in Richmond, and I said I was. He asked where I was located, and I stated near Chesterfield mall. He said he would GPS, that he was 23 minutes away and that he was picking up his car and would come about 2:30,” the investigator stated. “I asked what he wanted so I would know how much to tell him to bring. He said ‘her,’ which represents a half hour, and I quoted him $80. He asked if I was affiliated with law enforcement, and I said I was not and asked the same of him.”

In subsequent texts, the investigator asked the pastor what he wanted “so I would know he was bringing the money.”

“He responded ‘qv,’ which in the sex-for-sale world represents a ‘quick visit,’” the officer explained.

Nearly half an hour later, the officer told Blanchard the price for what he wanted would be $70. When the officer asked him his age, he claimed he was 40.

“At 1449 hours, I told the unsub that I am 17, and if that’s not cool, I will get it. He then stated he was close to the mall and asked where to go. I asked if he was ready for this ‘young tight kitty,’ and he asked where I was. I asked if he had my cash, and he said he would ‘answer all questions when we meet,’” the police report said.

Blanchard was later arrested at the hotel where he had planned his encounter. He was also forced to step away from leadership due to the arrest.

After almost a year of legal maneuvering, the charges against Blanchard were withdrawn, or nolle prosequi, ahead of a criminal trial in October. Nolle prosequi means prosecutors could potentially bring those charges again.

In an Oct. 11 statement on Facebook, Rock Church officials announced that Blanchard was cleared of all charges by prosecutors from the Chesterfield County Courthouse.

“The prosecutor, in a statement to the Court, indicated that due to new information coming to light and lack of evidence, they will no longer be pursuing charges against Blanchard. This dismissal comes after nearly 11 months of delays and continuances. The defense attorney stated Tuesday that he was pleased with the outcome,” the church said.

“Pastor Blanchard has continually professed his complete innocence in this case. During this time, he stepped back from his pastoral duties at the Rock Church Int’l in Virginia Beach, Virginia, handing over the oversight of the congregation to Bishop Anne Gimenez and his wife, Pastor Robin Blanchard.”

“We have always believed in John’s innocence. His humility and submission to those over him during this time have testified to his character. He has spent time fasting and praying, and invested much of his time in his family and education. We anticipate his resumption of church duties shortly,” she said.

However, the recent revelations of the court documents on the case by Anderson appeared to have upended Blanchard’s return.

“After multiple court appearances, I was advised that Blanchard and his attorney were working toward a resolution in this case that started with Blanchard attending counseling for sex offenders. ACA Michev advised me at one point that when Blanchard came to one hearing with evidence of attending said counseling, Michev rejected it due to the counseling being done by another megachurch pastor, not at a location approved by the CA’S,” an official report said.

“At Blanchard’s latest court appearance, which I was excused from, the case was Nolle pressed. CA Davenport authorized this decision due to lack of evidence.”

“The conclusion of a case by order of nolle prosequi does not have the same legal effect as a not guilty finding. I cannot comment on the appropriateness of public statements made by other entities regarding this, or any other, case in which my office is involved,” she said.

“As ministers of justice, prosecutors are required to individually evaluate the strength of the evidence provided by the police in each case. The legal standard for an officer to obtain a warrant for arrest is probable cause. A prosecutor must have evidence that proves guilt beyond a reasonable doubt to support a conviction in a court of law and ethically cannot proceed with charges in a case where the evidence does not meet that standard.”

In their statement Wednesday, Rock Church noted that all of their members, especially their leaders, are held to a high standard of accountability, and we’re committed to honesty and integrity in investigating sexual misconduct.

“Rock Church encourages godly lifestyles by all of its members and leaders, in keeping with the tenets of the Bible. The Church condemns sexual immorality of any kind and in any form by its members and leaders and especially holds its leaders to a high standard of accountability on any lifestyle choices that could reflect negatively on the reputation of the Church or disparage the character of the Savior whom it purports to represent,” the church said.

“Rock Church is committed to honesty and integrity in dealing with charges or accusations of sexual misconduct or immorality among its leaders and will support any investigation arising from accusations of violation of this standard among its staff and leaders to find the truth and to protect its members, church families, and their children, at all times.” 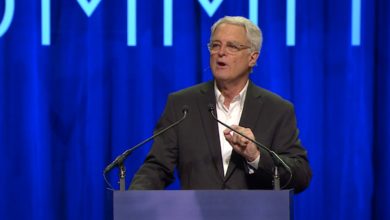 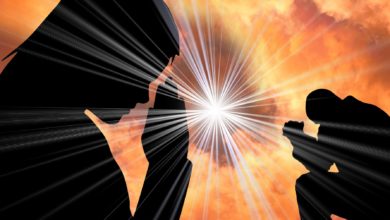