The Lausanne Movement will hold its next global gathering in Seoul, South Korea, in September of 2024, marking the 50th anniversary of when the movement held its first meeting.

Known as the Fourth Lausanne Congress on World Evangelization, the 2024 event is expected to bring together thousands of Christian leaders worldwide.

Lausanne Movement CEO Michael Oh made the announcement on Wednesday during a meeting of faith leaders at the Incheon campus of Onnuri Community Church.

In the announcement, the Lausanne Movement stated that it believes the meeting “will be a pivotal moment in Christian history with the Fourth Lausanne Congress being hosted in Seoul by Korea, Japan, and the broader Asian church, in close partnership with leaders from across Asia.”

“The global church is at a critical point in needing to consider both its unity and witness in the world as we seek to achieve the vision of seeing the Gospel reach every person, disciple-making churches for every people and place, Christ-like leaders in every church and sector, and kingdom impact in every sphere of society,” stated the organization.

“Seoul 2024 will be a celebration of the gospel and our loving, forgiving, and gracious God who has invited us to join his mission in the world … Our prayer is that the world would look beautifully different in the years and generations ahead because of Seoul 2024.”

Lausanne traces its origins to July of 1974 when the Rev. Billy Graham organized a multiday gathering in Lausanne, Switzerland, which was attended by approximately 2,300 Christian leaders from around 150 countries.

Originally known as the First International Congress on World Evangelization, the theme for the 1974 gathering was “Let The Earth Hear His Voice.”

Since that inaugural gathering, two additional Lausanne congresses were held in Manila, Philippines, in 1989 and then in Cape Town, South Africa, in 2010.

The movement would eventually adopt a popular modern Church statement of faith during follow-up meetings known as the “Lausanne Covenant.”

“We are deeply stirred by what God is doing in our day, moved to penitence by our failures and challenged by the unfinished task of evangelization,” stated the Introduction of the Covenant.

“We believe the Gospel is God’s good news for the whole world, and we are determined by his grace to obey Christ’s commission to proclaim it to all mankind and to make disciples of every nation.”

Chad Michael Murray turned down roles because of his faith 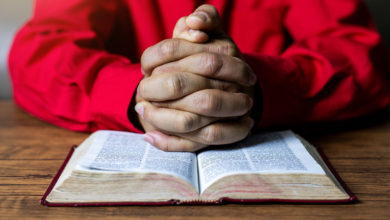