Demonstrators from across the country will descend on Washington, D.C., this weekend to show solidarity with persecuted Christians worldwide.

The third annual March for the Martyrs will take place on Saturday. The event, held in Southern California in 2020 and in the nation’s capital last year, aims to raise awareness about the plight of the persecuted Church.

Estimates suggest that over 360 million believers live in places where they face high levels of persecution and discrimination for their faith.

The event will kick off at 3 p.m. with a rally at the Sylvan Theater on the National Mall. Between 3:45 and 4 p.m., participants will begin marching downtown. The march will conclude approximately 1.2 miles away at the Museum of the Bible at 5 p.m. Programming will continue in the museum’s World Stage Theater for a Night of Prayer for the Persecuted.

“We hope to bring this issue to the forefront of the fight for human rights,” Gia Chacon, the founder of the For the Martyrs, the organization spearheading the march, said in an interview with The Christian Post.

“Christian persecution is a human rights crisis, and it should be treated with the same level of urgency and seriousness as any other human rights crisis. And yet, because of the fact that they are Christian, it is seen as an issue that is only for the Church.”

Chacon believes that not only should Americans be praying for an end to the “human rights crisis” but they should also be advocating on behalf of the persecuted Church.

Chacon hopes American Christians understand that they are “in no way separated from our brothers and sisters who are being persecuted.”

“We know that when one member of the body of Christ suffers, we all suffer,” she said. “And the Scripture teaches us that we do have an obligation to be a voice for the voiceless, to use our platform and our influence to advocate on behalf of the suffering faithful.”

According to Chacon, the greatest need expressed by persecuted Christians she meets is for brothers and sisters worldwide to pray for them and be their voice. She said, “we can’t underestimate the power of prayer when it comes to persecution.”

“During my time with the persecuted Church, really a consistent theme no matter where it is — whether it’s in the Middle East or whether it’s in Ukraine or working with Chinese Christians — there’s always this consistent theme of when we ask them what is the greatest need, how can the Church in the United States help our brothers and sisters who are being persecuted, they will almost always say please continue to pray for us.”

Chacon expects between 500 and 1,000 people to participate in Saturday’s march.

“These are Christians of all backgrounds, of all denominations and all ages that will be joining us to stand in solidarity with the persecuted church,” she noted.

“Every aspect of the March for the Martyrs is completely free, so whether that’s on the National Mall or at the Museum of the Bible, there’s no fee to attend.”

Those wishing to attend the night of prayer at the Museum of the Bible must register to attend through the March for the Martyrs website. Dinner is not included as part of the programming, but a small snack will be provided.

Speakers at this year’s march will include Jacob Coyne, who Chacon described as a “TikTok evangelist;” evangelist Shane Winnings and Father Simon Esshaki, a Chaldean Catholic priest. They will speak at the kick-off rally, while professional basketball player and human rights activist Enes Kanter Freedom will be a speaker at the Night of Prayer for the Persecuted.

Chacon said the inclusion of Kanter Freedom, a Muslim, as a speaker is part of an effort to “build a bridge between Christians and Muslims knowing that radical Islam is one of the [top] reasons that Christians suffer persecution.”

Christian singer John Forystek will lead the crowd in worship at both the National Mall and the Museum of the Bible. Forystek previously performed at the March for Life.

The speaker lineup at the Night of Prayer will feature two who have faced persecution for their faith. One speaker, American missionary Andrew Brunson, was imprisoned on false accusations of terrorism in Turkey for over two years. Chacon said he will share his story of persecution and “also what God has done through him in the Middle East.”

Esther Zhang, a survivor of persecution from China, is also slated to speak.

“Her father ran a large house church in China that had over 8,000 members,” Chacon said. “He was arrested over eight years ago now and is still in prison to this day. She was also arrested in China and was able to escape mainland China and come to the United States as a refugee, so we’re excited to hear from her.”

While Chacon expressed particular concern about the religious persecution faced by Christians in Nigeria and China, she stressed that “there are some places where there is hope.” She spoke of a “paradox of persecution” in China, “where we’re seeing persecution increase, but at the same time, the underground church is thriving and people are giving their lives to the Lord.”

George Barna says most Christians have a 'customized worldview'

48% of Evangelical leaders report being blacklisted over beliefs 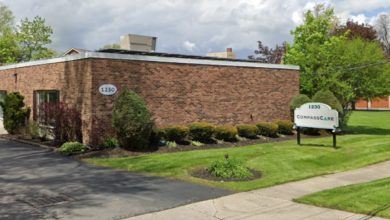