ABUJA, Nigeria — Suspected Fulani herdsmen and other terrorists in Nigeria have killed six pastors and kidnapped 27 Christians of the Evangelical Church Winning All (ECWA) in the past seven months, according to an ECWA report.

Among the 27 Christians kidnapped from January to date were six pastors, including one abducted in Kaduna state on Monday (July 25), Pastor Moses Dikko Usman.

James Saleh, a coordinator of ECWA’s Evangelical Missionary Society (EMS), reported that among the six pastors slain was the Rev. Ezra Shamaki, an ECWA missionary killed on June 21 in the Kurmin Musa area of Kaduna state.

“Ask God to comfort the family of the late Rev. Ezra Shamaki, our missionary serving in Kurmin Musa DCC, who was shot dead by terrorists,” Saleh said. “The terrorists kidnapped his wife, and they are yet to make any contact.”

Mac Philips, another EMS coordinator, said that 15 other women and five men were also abducted in the June 21 attack.

“At about 7 a.m., one of our missionaries was leading a prayer meeting when herdsmen stormed the village, killing and destroying anything in sight,” Philips said. “The armed terrorists stormed the prayer house, met them praying and opened fire on the missionary.”

Though Shamaki was dead, one of the herdsmen shot him again with an AK-47 assault rifle, he said.

“The herdsmen then abducted all the women in the church, and many other men and women in the community, and left,” Philips said. “Continue to pray for God’s protection upon our missionaries who are constantly in the line of fire, yet they have remained courageous to continue serving Him in various mission fields.”

“Paul said in Romans that nothing shall be able to separate us from the love of God,” Saleh said. “As long as hell and heaven exist, the gospel must thrive.”

He said Pastor Nehemiah Ezekiel was killed in Unguwan Awallu of Kaduna state’s Kwassam area in an attack on the ECWA station there on April 5.

“To preach the Gospel for us is to die, to be safe is to stop preaching the Gospel,” Philips told Morning Star News. “It’s a choice we all have to make – for us, we choose the former. The Gospel in Nigeria cannot be preached without casualties. Our lives are increasingly on the line, but nothing compares to the excellency of sharing the Gospel to a dying world without Christ.”

“While we mourn every day for these tragedies, we remain resolute with our weapons of love and peace, knowing that the battle before us is a mopped-up operation — because of the resurrection, we have won,” Philips said.

Two ECWA members in Kaduna state were also killed this year, one in Ungwan Busa and another in Ungwan Chiyaya, Saleh said.

Among those kidnapped, he said, were Pastor Ahmadu Maikudi and two other Christians abducted along with him. They were abducted on June 16 in Gidan Isa Giwa, Zaria, Kaduna state. The wife of the Rev. Emmanuel Bako of Kasuwan Magani DCC, Kaduna state, was abducted on July 13. On May 9, gunmen kidnapped the Rev. Matthew Moses in Katsina state, northwest Nigeria, Saleh said.

The Rev. Mamuda Lakwadon, serving in the Indache area of Abaji, Abuja, was wounded during an attack by the armed herdsmen, Saleh added.

Numbering in the millions across Nigeria and the Sahel, predominantly Muslim Fulani comprise hundreds of clans of many different lineages who do not hold extremist views, but some Fulani do adhere to radical Islamist ideology, the United Kingdom’s All-Party Parliamentary Group for International Freedom or Belief (APPG) noted in a recent report.

“They adopt a comparable strategy to Boko Haram and ISWAP [Islamic State West Africa Province] and demonstrate a clear intent to target Christians and potent symbols of Christian identity,” the APPG report states.

Christian leaders in Nigeria have said they believe herdsmen attacks on Christian communities in Nigeria’s Middle Belt are inspired by their desire to forcefully take over Christians’ lands and impose Islam as desertification has made it difficult for them to sustain their herds.

Nigeria trailed only China in the number of churches attacked, with 470 cases, according to the report.

In the 2022 World Watch List of the countries where it is most difficult to be a Christian, Nigeria jumped to seventh place, its highest ranking ever, from No. 9 the previous year.

Morning Star News is the only independent news service focusing exclusively on the persecution of Christians. The nonprofit’s mission is to provide complete, reliable, even-handed news in order to empower those in the free world to help persecuted Christians, and to encourage persecuted Christians by informing them that they are not alone in their suffering.

Health system to pay over $10.3M over COVID-19 vaccine policy 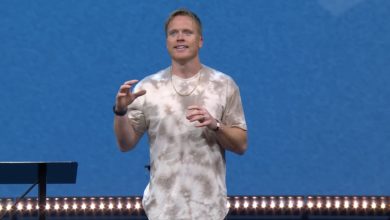 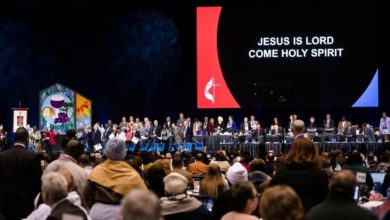 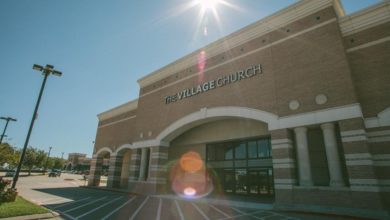