The San Diego Symphony Orchestra Association has agreed to rent one of its venues to a church after receiving a letter alleging that it engaged in religious discrimination by not letting the church use the facility for an upcoming Christmas production.

In a statement issued to The Christian Post, Craig Hall, the Vice President for Marketing and Communications at the San Diego Symphony Association, announced that “We have agreed to the potential of renting to the Awaken Church (the ‘Church’) and are currently in conversations with them to set up a rental date to accommodate their event request.”

Hall’s statement follows the publication of a letter from the First Liberty Institute, a law firm specializing in religious liberty, that threatens legal action against the San Diego Symphony and the San Diego Symphony Orchestra Association if they did not grant Awaken Church’s request to use the Symphony-managed Rady Shell for an upcoming theatrical performance.

The letter, published Thursday, notes that “Title II of the Civil Rights Act of 1964” and “the California Unruh Civil Rights Act, both of which govern public accommodations like Rady Shell, forbid discrimination based on religion.”

First Liberty Senior Counsels Jordan Pratt and David Hacker said in the letter that Awaken Church first contacted Rady Shell in May about using the venue for a theatrical production of “Night of Christmas” in December.

“Awaken Theater, a ministry of Awaken Church, will produce and perform Night of Christmas as a holiday event for the people of San Diego,” they wrote. “Night of Christmas is a theatrical performance that walks through the Christmas story using traditional Christmas music, storytelling, acting, vocalists, and an orchestra.”

While Victoria Andujar, the symphony’s director of venue rentals for Rady Shell, initially offered Awaken Church the use of the facility on either Dec. 2 or Dec. 3, depending on the preferences of another renter who had expressed an interest in the same weekend, nearly two weeks went by without a follow-up response.

After contacting the senior director for special events at Rady Shell, Andujar sent an email to Awaken Church informing them that “we will not be able to fulfill your request.” In the email, included as an exhibit with the letter, Andujar noted that “we don’t currently have a policy on renting this venue to religious organizations.”

“Until we have time to consider this internally, we have decided we must pass on this rental and any other potential rentals to religious organizations. As you know, The Shell is in high demand, and we are still determining how we prioritize our limited rental availability so that supporting our artistic mission is the primary consideration.”

The letter quotes directly from the Civil Rights Act of 1964, which identifies “any motion picture house, theater, concert hall, sports arena, stadium or other place of exhibition or entertainment” as “a place of public accommodation” and mandates that “[a]ll persons shall be entitled to the full and equal enjoyment of the goods, services, facilities, privileges, advantages, and accommodations of any place of public accommodation, as defined in this section, without discrimination or segregation on the ground of race, color, religion, or national origin.”

Additionally, the letter cites the symphony’s actions as a violation of California’s Unruh Civil Rights Act, which “provides protection from discrimination by all business establishments in California, including housing and public accommodations, because of age, ancestry, color, disability, national origin, race, religion, sex, and sexual orientation.”

“The Symphony’s rejection of the Church constitutes direct evidence of discrimination on the basis of religion, because the Symphony expressly admitted in writing that it refused to contract with the Church because it is a religious organization,” the attorneys stated. “The Symphony has not provided a legitimate, non-discriminatory reason for rejecting the Church’s request, only that it is a religious organization — which is to say that the only reason it provided was that it wished to discriminate on the basis of religion.”

The lawyers at First Liberty added that Awaken Church didn’t want to engage in litigation over Rady Shell’s refusal to rent the facility to religious organizations, expressing hope that the symphony will “comply with the law — and frankly, common decency — and rent Rady Shell space to the church in December 2022 as it previously agreed to do.”

In a statement shared by First Liberty, Awaken Church’s Pastor Jurgen Matthesius stressed that “Our hope is that we can resolve this without having to take further legal action.” He added that “A Night of Christmas” would be an opportunity for “as many people in our community as possible [to] see the story of Christmas.”

The San Diego Symphony Association’s announcement indicating an intention to consider renting to Awaken Church came two days before the Aug. 10 deadline for a response issued in the letter, which vowed that the absence of a response and a rental agreement by that time would likely result in the matter going before a federal court.

Such a lawsuit would have sought “injunctive relief requiring approval of the Church’s request, damages, a further amount determined by a jury, payment of the Church’s attorney’s fees, and intervention by the California Office of the Attorney General.” 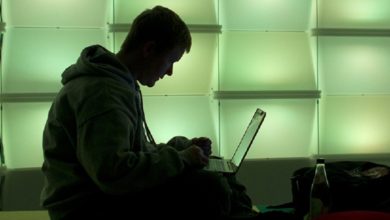 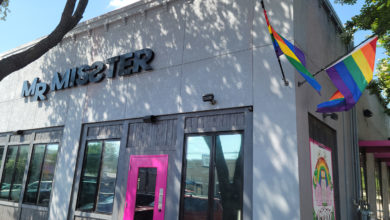 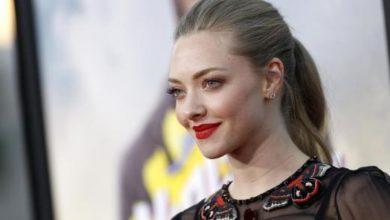