The campaign was launched last month by the corporation and its Taco Bell Foundation, a nonprofit that seeks to “educate and inspire the next generation of America’s leaders.”

Each show is hosted by drag performer Kay Sedia and features performances from local drag queens and kings, and individuals ages 18 and up are invited to reserve a spot at the brunches. In addition to the drag show, the Mexican fast-food chain is offering attendees a new $5 Bell Breakfast Box, Cinnabon Delights coffee and mimosas.

Every brunch is also intended to highlight the It Gets Better Project, a nonprofit organization that exists to “empower” LGBT people around the globe. The group’s work includes educating others about the LGBT experience and using media programming to “spark” sexual orientation and gender identity conversations.

“We understand the importance of creating safe spaces for the LGBTQIA+ community and are thrilled to provide a unique experience that spotlights and celebrates the wonderful artform of drag and its influence in culture with their chosen families,” said Taco Bell’s Chief Brand Officer Sean Tresvant in a statement included in a now archived press release.

Taco Bell plans to bring the drag brunch to its Chicago Cantina on May 22, then Nashville on May 29. Its last two known tour dates are June 12 and June 26 in New York and Fort Lauderdale, respectively.

The idea for the drag brunch came from Taco Bell’s LGBT employee resource group, Live Más Pride, which contains over 100 members. The group launched in 2020 to help foster “positive environments” for LGBT people and “elevate” the voices of the community.

“Taco Bell Drag Brunch was concepted by Live Más Pride, Taco Bell’s LGBTQIA+ Employee Resource Group, which has played a major role in driving awareness of and meaningfully supporting LGBTQIA+ communities both within Taco Bell and the communities we serve and operate in,” Tresvant said.

Brian Wenke, executive director of the It Gets Better Project, also expressed excitement, stating that the campaign is designed to “celebrate the LGBT community” and “engage LGBTQ+ youth around their career aspirations and future potential.”

Taco Bell and the Taco Bell Foundation did not immediately respond to The Christian Post’s request for comment.

In recent years, numerous corporations have voiced their support in various ways for the LGBT community.

On June 1, the Discovery+ service will air a new series produced by Tyra Banks called  “Generation Drag.” The series will center around teenagers exploring their gender identities and participating in a drag show.

During Pride Month last June, the fast-food chain Burger King took a swipe at competitor Chick-fil-A when it announced that it would donate nearly half of the proceeds from its sales of chicken sandwiches to the LGBT activist group Human Rights Campaign.

On March 11, Walt Disney Company CEO Bob Chapek apologized to employees via a letter for not taking a firmer stance against Florida’s HB 1557. The law prohibits sexual orientation and gender identity instruction in kindergarten through third grade and requires schools to notify parents about any healthcare services their child receives on campus.

Disney was initially neutral about the legislation, but the company joined critics in deriding it as a “Don’t Say Gay” bill after LGBT employees and supporters criticized the company for not taking a harder stand. The company released a March 28 statement condemning the bill, declaring that it “should never have passed and should never have become law.”

In the days following the corporation’s calls for the bill’s repeal, leaked video footage obtained by the Manhattan Institute’s Christopher Rufo showed Disney employees discussing their efforts to promote an LGBT message in its children’s programming.

Another video features Disney Diversity and Inclusion Manager Vivian Ware sharing how “last summer, we removed all of the gendered greetings in relationship to our live spiels.”

“We no longer say ‘ladies and gentlemen, boys and girls’ but instead use phrases like, ‘Hello, everyone’ or ‘Hello, friends,'” she said.

In April, Disney aired a “Protect Our Families” public service announcement from LGBT advocacy organization GLAAD on its channels. The video featured a family with a daughter who identifies as a boy. The mother in the video accused politicians of “trying to tear [her] family apart” because her daughter is a trans-identifying woman.

Pastor says honor is 'absent' in today's culture of 'toxicity'

Christian leaders and controversies: The case of Francis Collins 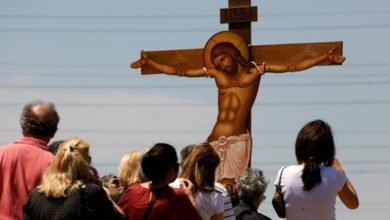 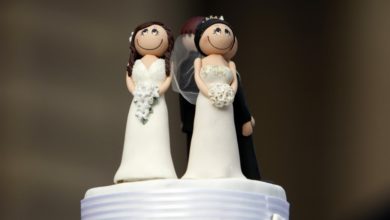 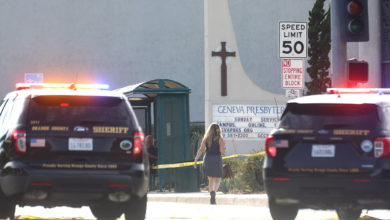 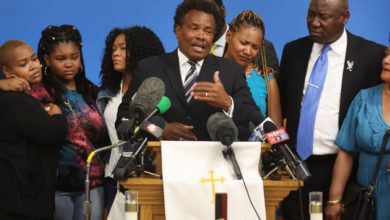